What are Uterine Fibroids and How Treatment is Done in Homeopathy?

What is Kidney Failure and How it is Treated in Homeopathy? 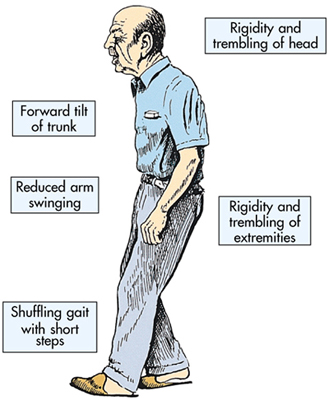 What is Parkinson’s Disease?

A nervous system disorder that gradually affects body movements is called Parkinson’s Disease. This disease may start with a slight tremor in the hand but gradually it starts affecting whole-body movement. Treatment of these diseases must be started in earlier stages, otherwise, the condition becomes worse with time.

The symptoms of Parkinson’s Disease are slight or mild during earlier stages, but with time, symptoms become severe and may affect the whole body. In many cases, Parkinson’s disease affects one side of the human body but later it affects another side of the body too.

Here are some most common symptoms and signs of Parkinson’s Disease:

Tremor or Shaking: Shaking or a tremor in fingers or hands. Tremor may also be seen when your hands are at rest.

BradyKinesia (Slow Body Movements): Body movements become slower. You may feel the difficulty is simple tasks like walking, getting out of a chair, etc.

Stiffness of Muscles: Body muscles become rigid and stiff which reduces your ability to move. It also causes pain in muscles.

Balance and Posture Problems: The patient may develop stooped posture and feel difficulty in balancing her body.

Unconscious Movements Problem: The patient may lose (partially or fully) the ability to do automatic movements like smiling, blinking, or moving arms while walking.

Writing Issues: It becomes difficult for patients to write or write properly.

Thinking Problems: The patient may feel difficulties in thinking or concentrating.

Depression: The patient may experience depression or emotional changes.

In some patients following signs may also be seen: 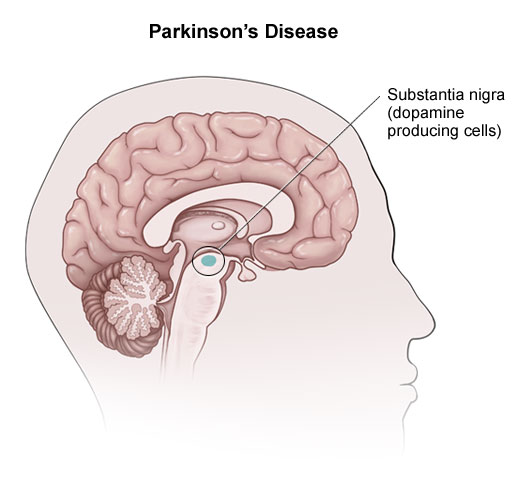 In Parkinson’s Disease, Substantia Nigra Cells of the Brain is dead and as a result, a chemical called Dopamine is not produced. This affects body movements.

What are the Causes of Parkinson’s Disease?

Parkinson’s disease is a nervous system disorder in which specific brain cells called Substantia Nigra (neurons) that produce dopamine are broken down or become dead. Dopamine is a very essential chemical for the proper working of the human brain. When levels of dopamine decrease the symptoms and signs of Parkinson’s Disease are seen in the patient.

The exact reason for the death of dopamine-producing cells is not known. But it is believed that this condition is associated with the following factors:

Genetics: Some genetic mutations can result in this condition. Chances of disease increases if someone in your family has or had this disease.

Environment: Some toxins or other environmental factors may trigger Parkinson’s disease in some people. For example exposure to well water, herbicides, agricultural pesticides, etc.

Age: Usually people ages 60 or above are victims of this disease. Sometimes it may occur in earlier stages of life.

Gender: This disease is more common in men than women. 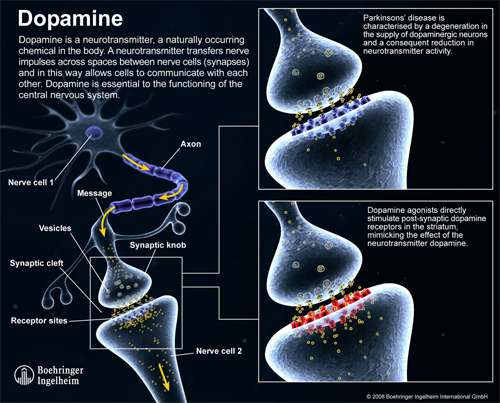 This image explains what is dopamine and why it is necessary for your body.

Medicines: Usually patients are advised certain medicines that increase the dopamine level in the body to control the disease symptoms.

Lesion Surgery: Small lesions/cuts are made in some part of the brain that is causing tremors in the body.

Deep Brain Stimulation Surgery: During this surgery, an electrode is placed in a critical part of the brain that controls body movement. The electrode is attached to a small battery in the chest through wires. 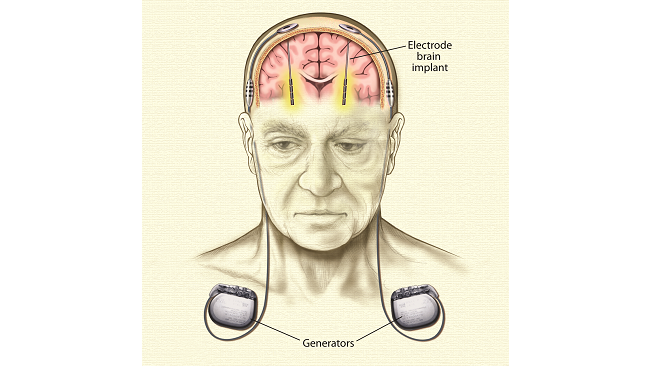 Please note that even surgery cannot cure Parkinson’s disease, it may only reduce symptoms if done right.

How Parkinson’s Disease Can Be Cured Completely Using Homeopathic Medicines?

The allopathic treatment methods are expensive, long-term, painful, and are associated with many side effects. They can only decrease the symptoms and cannot cure the root cause of the issue.

The homeopathic treatment method is inexpensive, reliable, and way more effective than allopathic treatment. Many medicines can minimize almost all symptoms of Parkinson’s disease. Your homeopathic doctor will study your case in detail by observing all symptoms and checking your medical history. He will also consider other factors like your age and nature. You will notice immediate relief in your condition after taking homeopathic medicines for 1-2 weeks. Your doctor will keep on changing your medicines according to changing symptoms and within a few weeks, you will feel a huge relief and difference in your condition. After few months, most of your symptoms will be gone and you will be able to live your life like a normal person.

Some homeopathic medicines may be used to treat symptoms and underlying causes.

Please don’t use these medicines on your own. You must consult your homeopathic doctor to get the right medicine for your condition. We have mentioned these medicines here for educational purposes, only.

Video: Explaining What is Parkinson’s Disease, Signs and Causes: