Butterfly Rash and Its Best Cure By Homeopathic Medicine 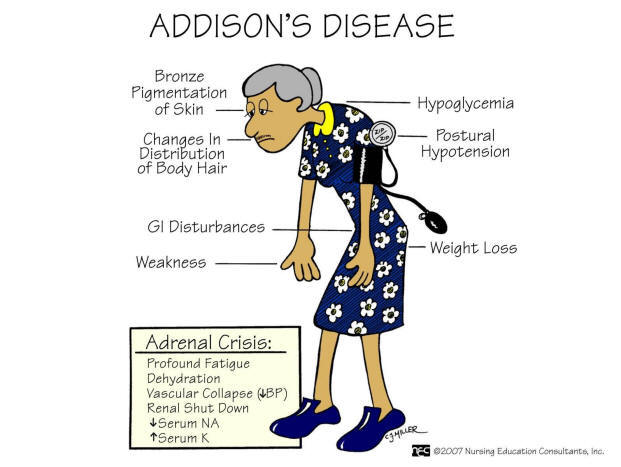 What is Addison’s Disease?

Kidneys contain a pair of adrenal glands on the top which have two parts Cortex and the Medulla. Both produce specific hormones needed for the functionality of our body. When the cortex fails to produce a sufficient amount of hormones person is suffered from Addison disease.

What are the Signs and Symptoms of Addison’s Disease?

Symptoms of Addison disease are very common and take several months to appear. Signs and symptoms  are as follows

What is Acute Adrenal failure?

Normally symptoms of Addison’s Disease are ignored being common and non-specific but sometimes symptoms appear suddenly and severely. This condition is known as the Addisonian crisis. Addisonian crisis is a serious situation and needs to be treated immediately.

What are the Possible Causes of Addison’s Disease?

Addison’s Disease is the result of the inefficient working of Adrenal glands lying on the top of the kidney. The adrenal gland is made of two basic sections Cortex and Medulla. Both produce different essential hormones for the body. Addison disease is caused when Cortex is damaged and does not produce hormones in the desired quantity. This condition is known as primary adrenal insufficiency.

Primary adrenal insufficiency is caused by autoimmune disease in which the immunity system itself starts damaging the cortex taking the cortex as some foreign harmful object.

Other causes of primary adrenal insufficiency are fungal infections, tuberculosis, tumors, HIV, and hemorrhage to the adrenal glands.

A diseased Pituitary gland also helps in causing Adrenal insufficiency. The pituitary gland helps the cortex producing its hormones by making a hormone ACTH (Adrenocorticotropic Hormone). If the pituitary gland fails to produce an adequate amount of ACTH then the adrenal cortex also fails to produce a sufficient amount of its hormones which leads to Addison disease. This condition is termed secondary adrenal insufficiency by medical specialists.

3- Other Causes of Addison Disease

When the patient with asthma and arthritis stops taking steroids as treatment, there is also a chance of adrenal gland inefficiency. 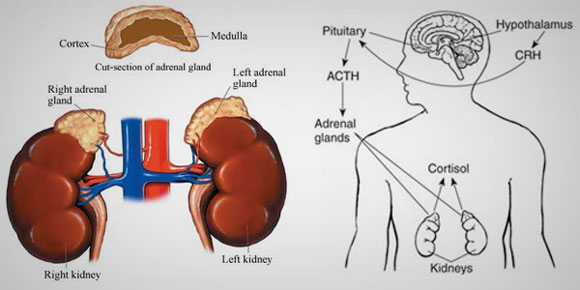 When the cortex fails to produce a sufficient amount of hormones person is suffered from Addison disease.

How Addison Disease Can Be Diagnosed?

After a detailed study of the patient’s symptoms and medical history doctor will suggest some tests if he doubts.

Doctors can perform the following tests to diagnose.

The blood test can indicate levels of sodium and potassium in the blood, antibodies associated with autoimmune disease, cortisol, and ACTH.

A hypoglycemia test involves measuring blood glucose and cortisol between the intervals of after and before injecting insulin.

CT and Abdominal X-rays can also be conducted to check abnormalities in adrenal glands. In complicated conditions, MRI is also suggested.

Allopathic medicines are also helpful in curing Addison’s disease but the patient needs to carry the medicine to the whole of his life and this treatment costs too much for this. 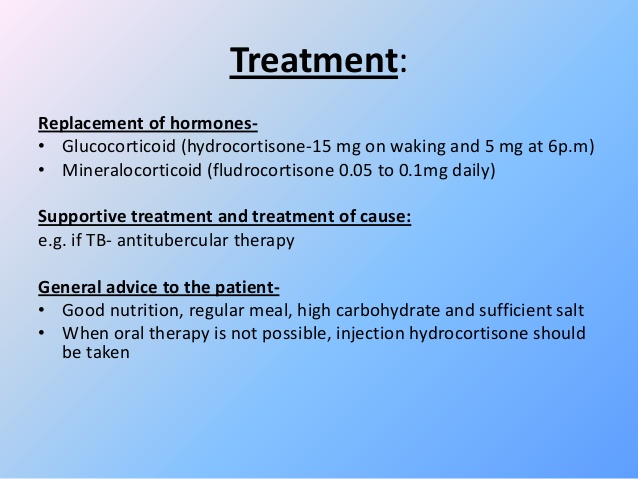 Allopathic Treatment of Addison’s Disease is costly and should be continued for whole life.

Please don’t use any of these medicines on your own without consulting an experienced professional homeopathic doctor.