What is Anemia? Symptoms, Diagnosis & its Homeopathic Treatment 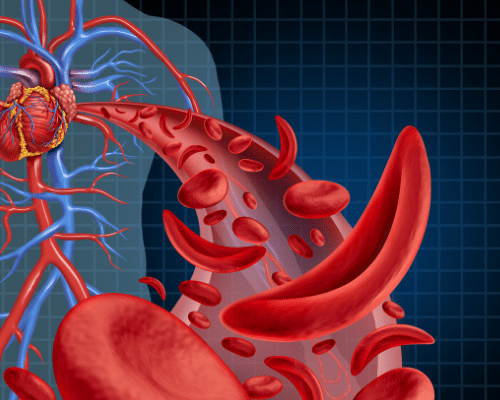 Human blood is the collection of red cells and white cells. Both types of cells are supposed to perform specific functions for the body. Additionally, the flow of blood in different parts of the body is the key to the proper functionality of the body organs as well as it provides oxygen. Red blood cells carry a very important substance, hemoglobin, that is responsible to bind oxygen. The deficiency or abnormality of red blood cells (Hemoglobin) in the body leads to decreased amount of oxygen in the body causing a medical condition known as “Anemia”. In simple words it can be said as Iron Deficiency in body but could cause even organ damage if not treated properly or in time.

What are the Main Causes?

There are no hard and fast causes of anemia. Any reason that may exhaust iron from the body, even a poor diet or medical condition can cause this issue. Anemia is seen commonly in men, women, and children due to the following reasons.

It is the most common type of anemia all around the world as a result of a low level of iron in the body. A low level of iron affects the body’s efficiency of producing new red cells leading to serious anemic conditions.

Some chronic diseases like kidney, arthritis, and AIDS decrease the ability to produce blood cells inside the body leading towards anemia.

A genetic type of anemia is sickle cell anemia in which the shape of the blood cell is destroyed from normal to sickle-shaped. Such shaped blood cells are more likely to destroy as well as new cells cease to produce inside the body.

Though the rare but exposure of the human body to some viral infection, chemotherapy, chemicals, or autoimmune disorder affects the ability of bone marrow to produce blood cells of any kind. Aplastic anemia is also seen in patients as inherited from their ancestors.

The process of destroying old blood cells and producing new cells is a common phenomenon in the human body but if the process of destruction takes place faster than production then it leads to a serious condition known as hemolytic anemia. Several factors including inheritance, autoimmune disease, blood diseases, or certain medications can be seen as causes of this type.

Another type of anemia caused genetically is Thalassemia in which the process of making hemoglobin is decreased to that extent that red blood cells cease to function properly. Such blood cells get lost from the body and result in low blood levels in the body.

How to diagnose through lab tests?

Certain blood tests easily can diagnose the different types of Anemia in the human body.

Homeopathy had been very successful in treating anemia of all types. Some common medicines prescribed in such cases are followed

Aletris Farinosa is seen best homeopathic medicine for women suffering from anemia due to iron deficiency. This medicine is especially recommended to women who suffer from excessive bleeding during menstruation or undergo abortion again and again. Aletris also fixes the issues of vaginal discharge caused due to weakness.

Ferrum Matallicum is the number one homeopathic medicine used to treat anemia. This medicine is prescribed when anemia shows its severe symptoms like headaches, breathing problems, palpitation, and coldness of hands and feet. It can be given to women only when women undergo heavy bleeding or longer periods.

Anemia that is caused due to excessive blood loss from any part of the body is best treated with homeopathic medicine in China. The blood loss due to some injury, or bleeding from the nose and throat that makes the patient faint often is treated with China. This medicine prevents patients from hemorrhage and also improves the quality of blood after such bleeding episodes.

Anemia that results in weight loss can be best treated with Natrum Mur in homeopathy. The patients with anemia sometimes witness the loss of flesh accompanied by vomiting and headaches after passing through some grief or personal tragedy. Such patients can get rid of their anemic issues using homeopathic medicine, Natrum Mur.

A sufficient amount of hemoglobin in the body is required to absorb oxygen and the proper functionality of the body. Homeopathic medicine Ferrum Phos helps in boosting hemoglobin levels in the blood cells. The best feature of this medicine is that it can be safely used for patients of all ages even for women in pregnancy. The condition of sweating especially at the time of night faced during anemia is efficiently treated using Ferrum Phos.

China in combination with Ferrum Met is prescribed as a homeopathic remedy to restore the blood deficiency caused by hemorrhage. Ferrum Met serves as the best remedy when symptoms like fatigue, palpitation, and coldness of the body are observed in patients.

Malnutrition is one of the common reasons seen in patients with Anemia. Malnutrition often leads to digestive issues like constipation. Such patients can have the two best medicines in homeopathy to treat their deficiency; Nux Vomica, Calcarea Phos, and Alumina. Symptoms like sluggish bowel movement, constipation, and sensitivity for cool air during anemia are treated with Alumina while the same symptoms with the only difference of inefficient calls to pass stool are treated with Nux Vomica.

Calcarea Phos serves as the best remedy to treat Anemia in children with a weak digestive system. The children who feel an excessive desire of eating salty food and meat as well as suffer from abdominal gas can have Calcarea Phos. Such children usually have weak bones due to anemia and seem irritable. Calcarea Phos is the best option for such children.

Note: Please do not use any of these medicines on your own without consulting a professional homeopathic doctor.