Kidney Stones Treatment in Homeopathy Without Operation in Pakistan 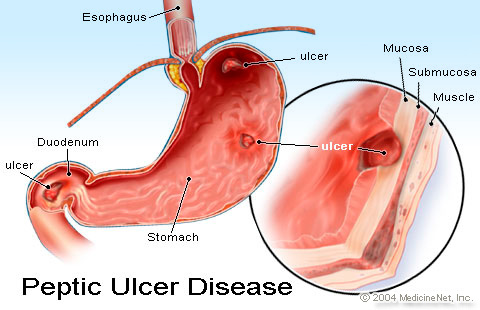 What are Peptic Ulcers and How are They Caused?

The food we eat travels from our mouth to the esophagus, stomach, small and large intestine. Our stomach secretes a specific enzyme called pepsin and Hydrochloric acid. Both of these are responsible for the breakdown of food into smaller particles before entering into the small intestine. The internal walls of the human stomach and small intestine are protected by a thick mucous layer to nullify the effects of stomach enzymes. But, sometimes a hole is formed in the walls of the stomach by breaking the mucous wall and creating an infection. These holes are called ulcers. The holes created in the stomach are called gastric ulcers. The holes or ulcers created in the duodenum are known as duodenal ulcers. The holes or ulcers that occur in the esophagus are called esophageal ulcers. Generally, all these ulcers are collectively known as peptic ulcers.

What are the Main Causes of Peptic Ulcer?

Homeopathic medicines are very effective in treating peptic ulcers. These medicines play the following roles to control this condition:

Due to all these actions, the peptic ulcers are reduced and finally removed from our digestive tract. The medicines are very effective and ensure that recurrence of this problem does not happen in the future.

Here is The Medicine for Peptic Ulcer.