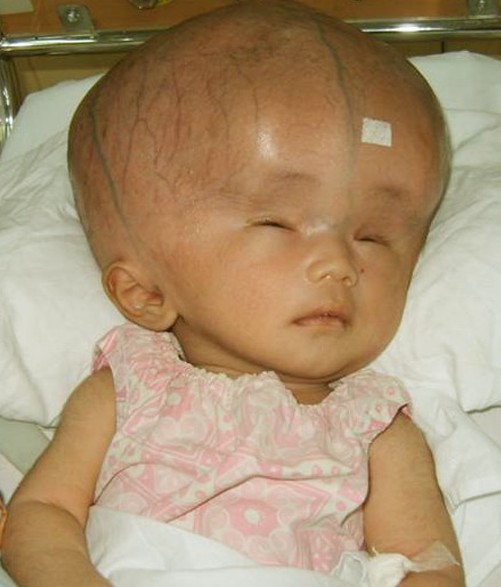 The term “Hydrocephalus” is derived from the Greek words  hydro means “water”, and ceph means “head”. It is a medical disorder that is developed when there is an unusual increase in cerebrospinal fluid (CSF) in the ventricles of the brain.

The babies who are victims of this condition are called Hydrocephalus Babies.

The rapid increase in head circumference in Hydrocephalus Babies.

The symptoms that will start to appear in the beginning may include: 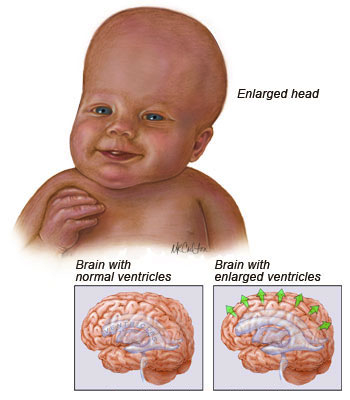 In Hydrocephalus, unusual increase of cerebrospinal fluid (CSF) in the ventricles of the brain is seen.

Causes of Hydrocephalus in Babies

Cerebrospinal fluid (CSF) normally passes through the human brain and spinal cord. Sometimes its amount in our brains is increased due to some reasons. This condition may lead to: 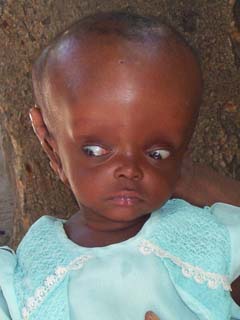 In Hydrocephalus Babies Eyes May Deviate in the Downward Direction.

When a person has an excessive amount of CSF in his body, then it exerts enormous pressure on his brain. It is a very painful situation because it may damage the brain tissues.

It has been observed in a few cases that hydrocephalus begins before the birth of the baby. It may happen due to the following factors:

The disease may also attack newborn babies and other little children due to:

How is hydrocephalus diagnosed in Babies?

When it comes to diagnosing hydrocephalus in the babies then the doctor would first like to do the CT scan of the head. After a CT scan the doctor might also want to take a few other tests that would include:

There are many effective medicines available in homeopathy for the treatment of Hydrocephalus in babies. Here is a list of some of the commonly used homeopathic medicines for the disease:

You are advised not to use these homeopathic medicines without consulting your homeopathic doctor. These medicines are listed for reference and education purposes only.

Recently a case of Hydrocephalus Baby was cured by the treatment of Dr. Sabeel. See the full case study here.