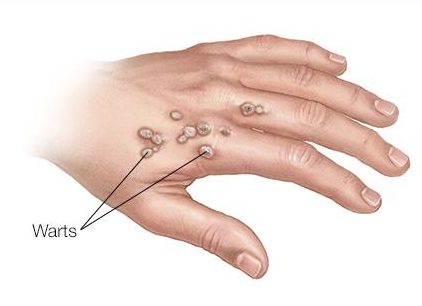 Warts are the small and grainy growths inside the skin mostly seen in fingers, hands, and feet. The outcome of viral infection that comes to the surface after two months to six months your skin has been affected by a virus. Generally, warts are harmless and painless and disappear after some time while in some cases bother the persons but whatever the nature of the wart is, it is contagious and spreads by touch. 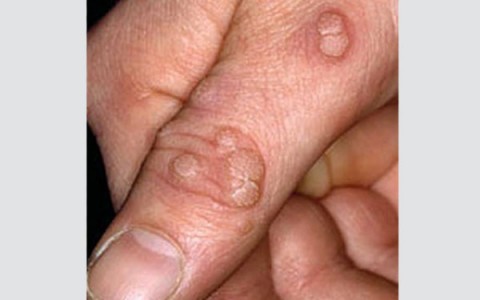 Warts are caused the result of viral infection invading the skin. Other possible causes may be as following

The symptoms are not too obvious to understand if it is not associated with hardened skin on the surface. Generally, the following symptoms are seen in patients suffering from a wart 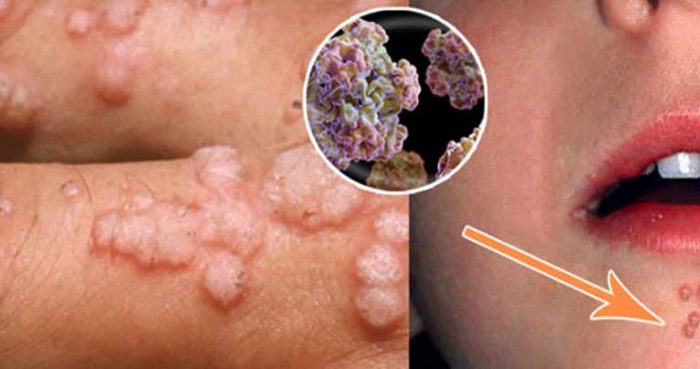 Normally a hard piece of skin is grown or hung at the place where a wart is present and this visible skin clot makes it easy to diagnose the problem with its appearance. But in some cases, it is hidden inside the skin and only pain is the symptom then the doctor needs to have a biopsy to clarify his doubt either it is some other issue.

It is a bit tricky to get the piece from the wart for the sake of biopsy. A specialist only can do the biopsy in this case as it is supposed to extract a thick piece from the skin. The specialist extracts a thick part of the affected skin after numbing the surrounding area with special equipment ‘punch’ that is used to cut and then remove a bundle of tissues. This technique used is called punch biopsy.

Many over-the-counter remedies like creams, medicines, and bandages are available in the market that can help to treat.

Different medication options available in the market for warts including creams, gels, and bandages contain a common ingredient salicylic acid. Salicylic acid effectively destroys the wart but there is also harm to surrounding healthy skin if not applied carefully.

Wart is sprayed with some freezing liquid preferably nitrogen that destroys the wart converting it into a blister that is shed down itself later.

It is suggested only when medications and other home remedies fail to work as in case of surgery there is a chance of scar that is not preferable in the visible areas of the body.

Homeopathic treatment is the best option in case of warts as it removes the problem without leaving any mark behind. The normally grown on the sides of the fingers and foot where there is a chance of hindrance in the daily routine of the patient. Additionally, they can add ugliness to the naked areas of the body causing low confidence levels in persons. It is best to treat them permanently and without leaving any mark behind, homeopathic medicines are the best in this regard.

Thuja Occidentalis is an excellent medicine for warts that are seedy, hanging, and large in size. This medicine is safe and effective for warts on any part of the body including hands, body, feet, and even around the anus. Sometimes the surrounding skin of warts begins to dry or becomes sensitive; in such cases, this homeopathic medicine serves the best.

Causticum serves the patients with skin tags and warts in a good manner. It is the best medicine in cases where the size of the warts is enlarged enough to cause hindrance as well as these are rough on touch. Though Causticum is effective for warts anywhere on the body it is the best for warts on the facial area including lips, eyelids, and nose as well as warts on the fingertips. It also has magical effects in the case of warts that cause pain and are pedunculated.

Sepia is a homeopathic medicine treating both moles and warts. If a person has a small but hard and seedy wart along with moles on the face then Sepia is best for such person to solve his problem. This medicine also helps in controlling the itching and pigmentation on the face especially in the area of cheeks and nose. Sepia also fights the black pores present on the face very well.

Warts present on the head may lead to many issues like feeling coldness on the top of the head or sensitivity of the roots leasing to hair fall. These problems that arise due to the presence of warts may be solved very effectively using Sepia. It also helps in treating the moles appearing on the forehead. Sepia can be combined with Causticum if the head contains warts that are large in size or also for the warts present on the head that bleed.